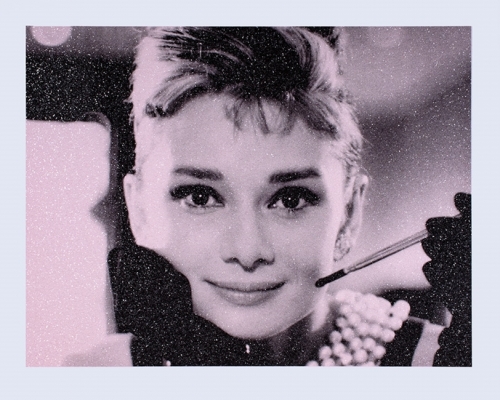 Directed by Helena Coan, Audrey tells the story of Hepburn’s life, beginning with her hard-knock youth in Belgium during the Second World War. She lived with her mother after her father—a strong supporter of the fascist movement—abandoned the family when Hepburn was six, an event from which she never recovered; and as a child, she danced in underground theater performances to raise money for the resistance. The film then moves through Hepburn’s early adulthood in London, where her stunted balletic education (another consequence of the war) meant she was far behind her peers and would not realize her prima ballerina dreams. But she was destined for the stage, and her chance discovery by Colette in Monte Carlo led the intrepid French author to cast Hepburn in the West End’s production of Gigi.

Hepburn’s ascent to Hollywood stardom was a quick one: It took her only one major movie, Roman Holiday, to win an Oscar. Yet Audrey puts surprisingly little emphasis on Hepburn’s filmography or her role in popular culture. Though she was neither provocative nor cutting edge, her look was unlike anything the world had ever seen: She was a girlish sophisticate both delicate and distinct; an aristocratic girl-next-door. Michael Avedon (grandson of photographer Richard, who famously captured Hepburn’s unending charms with his camera) is on hand to try to communicate just what made the actress so beguiling, as is former Givenchy creative director Clare Waight Keller, who speaks of Hepburn’s relationship with the fashion house. But the film focuses more on the star’s life beyond the camera. Unlike the other Hepburn (Audrey tells the tale of Hubert de Givenchy expecting Katharine to show up when he met Audrey for the first time), whose career lasted six decades, Audrey Hepburn appeared in fewer than 30 films over forty years.

In 1968, after marrying Andrea Dotti, Hepburn went into semi-retirement in Rome. “I wanted to be a mother. Ever since I was a child, I loved babies, and when I was grown up I was going to have lots of babies. I think that has been a conducting theme in my life,” says Hepburn. Her voice is narrating a home video of her firstborn son, Sean, playing in the grass. “It’s what has made my decisions always. And because I wanted it so much, I wanted to enjoy it very much and not rip myself from it all the time...I more or less quit movies to stay home...I don’t want to be made to sound virtuous. It was a very knowing and, if you like, selfish decision. It’s what made me happiest, to stay home with my children. It was not a sacrifice because I thought I should take care of my children.” Through Audrey, one learns that though the limelight only ever flattered the actress, she was most in her element outside of it.

By the late 1980s, Hepburn was very active with UNICEF. In the film, she discusses the kindness of the NGO, and how she could never forget the role it had played in her own life after the occupation. “The first thing I remember after our liberation in Holland was the Red Cross and UNICEF coming in and filling all the empty buildings that they could find with food, and clothing, and medication. I was suffering from a rather high degree of malnutrition when the war ended, so God knows I know the value of food,” says Hepburn in an interview. In Audrey, she’s more often seen for her UNICEF Goodwill Ambassador Tours (she visited Ethiopia, Venezuela, and Ecuador) than on the red carpet—likely how the actress would have preferred it.