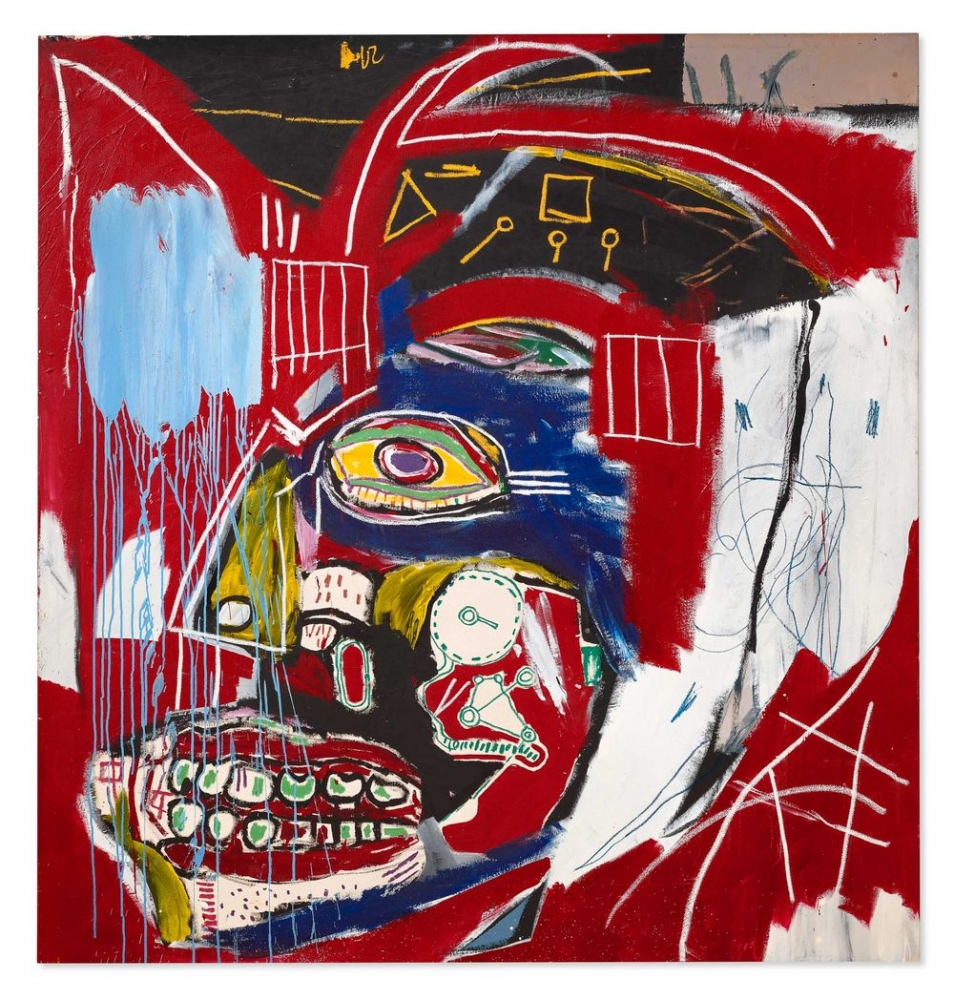 The 1983 painting, titled In This Case, was estimated to sell for more than $50 million. As the lot opened up to a salesroom populated exclusively by cameras and auction house specialists, Gemma Sudlow, a senior vice president at Christie’s who was leading the auction, opened bidding at $40 million, and quickly brought its price to $52 million.

Soon, six bidders began to vie for the work, slowly pushing its price in increments ranging from $1 million to $3 million. After about six minutes of bidding, the nearly 6.5 foot-high (2 meters) painting hammered at $81 million. Auction house fees payable by the buyer added on another $12 million.

The lot hammered with little fanfare—there was no audience to applaud, after all—and Sudlow moved on with the sale.

The painting was last purchased publicly in 2002, when it sold at Sotheby’s for just under $1 million. It then sold privately in 2007 for an undisclosed sum. The seller on Tuesday night, according to reports, was former Valentino chairman Giancarlo Giammetti; the buyer was not immediately known.

Despite decades of market success, prices for Basquiat’s work have only truly taken off in recent years, driven by demand from a small group of billionaires.

The record price paid for a Basquiat at auction was set in 2017 when another painting of a skull, this one from 1982, sold to the Japanese internet billionaire Yusaku Maezawa for $110.5 million at Sotheby’s in New York. Since then, art fairs and auction houses have had a steady stream of Basquiats large and small. Last year, the publishing magnate Peter Brant sold Basquiat’s 1982 painting Boy and Dog in a Johnnypump  for more than $100 million to Citadel Founder Ken Griffin.

Notably, 11 records were set for artists at auction, with a fresh group of stars taking their place at the very top of the auction firmament. A 2016 painting by Mickalene Thomas, Racquel Reclining Wearing Purple Jumpsuit, soared above its high estimate of $600,000 to sell, with premium, for $1.83 million, more than double her previous auction record. And Nina Chanel Abney’s Untitled (XXXXXX) from 2015 sold for $990,000, more than triple her previous auction record of $285,000.

Next up on the docket, though, is another series of tried-and-true market heavyweights. On Wednesday night, Sotheby’s will auction its own Basquiat, Versus Medici. It carries a high estimate of $50 million.